OFFSHORE OBSTACLES:
Illicit transactions are difficult to stop, as the digital wallets holding funds and the networks themselves are outside of Taiwan, a legislator said

The Global Anti-Scam Organization and victims of cryptocurrency scams have criticized Taiwan’s prosecutors and law enforcement officials for being reluctant to contact cryptocurrency exchange platforms for assistance, Chiu said.

Chiu commended the government’s efforts in fighting recent Cambodia-based fraud rings, but said that more must be done to enable law enforcement agencies to freeze cryptocurrency transactions, which is a primary method of transferring funds for illicit activities.

The Criminal Investigation Bureau is waiting until this month to file its first-ever request to freeze cryptocurrency transactions, while other countries can already take such measures, Chiu said.

The bureau reasons that there is no legal basis or precedent for taking such action, he said.

Regarding the assets the bureau is looking to freeze, the cryptocurrency exchanges are based offshore and the electronic wallets are not owned by Taiwanese, creating problems in jurisdiction and making notices difficult to deliver, Chiu said, citing bureau officials. 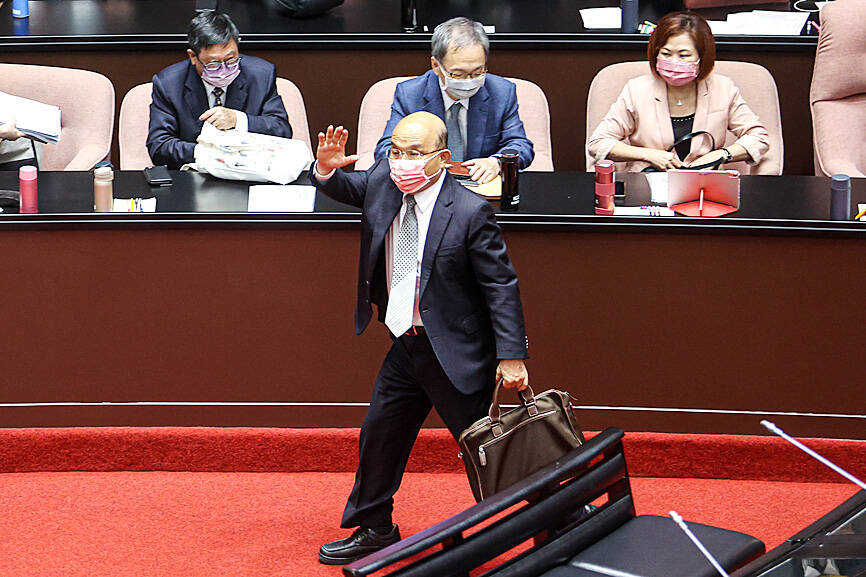 However, the journal Criminal Policies and Crime Prevention in December last year said that transactions using blockchain technology are transparent at every level, and it is possible to track down the recipient of the funds, he said.

Cryptocurrency exchanges have demonstrated a willingness to work with law enforcement, Chiu said, citing the example of Binance, the exchange with the world’s largest daily trading volume, which has established a search-and-assist system used by law enforcement agencies.

Minister of Justice Tsai Ching-hsiang (蔡清祥) said that the High Prosecutors’ Office is collaborating with cryptocurrency exchanges, and can access transaction data.

The Ministry of Justice operates a staff education program that involves overseas training, which would aid prosecutors.

Su said that the government is striving to ensure that criminal cryptocurrency activity is controlled and regulated.

Comments will be moderated. Keep comments relevant to the article. Remarks containing abusive and obscene language, personal attacks of any kind or promotion will be removed and the user banned. Final decision will be at the discretion of the Taipei Times.