The cryptocurrency market, on top of everything else, has another problem on its hands: Trading activity is in the gutter.

On Binance, which remains the leader in terms of market share, spot trading fell 45 percent to US$5.4 trillion.

Meanwhile, a “Liquid Tradeable BTC” proxy tracked by Arcane Research has slid to June 2020 lows, and exchange balances have fallen to 12 percent thanks to a rise in self-custody, the company said in a report compiled by cryptocurrency researchers Bendik Schei and Vetle Lunde.

That has direct implications for bitcoin liquidity because fewer coins available to trade can mean more volatility, they said. 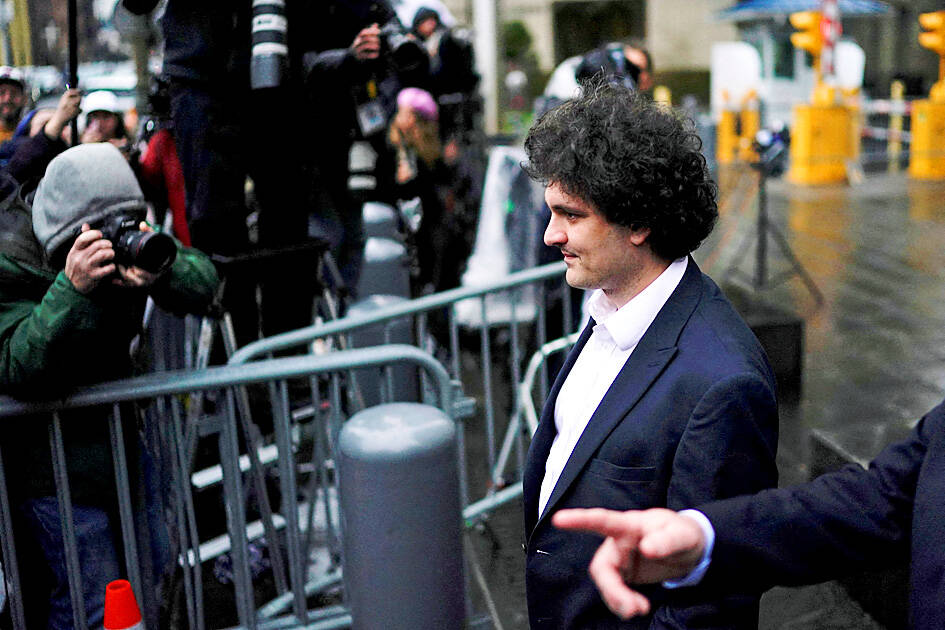 Bitcoin last week remained in the narrow range of either side of US$17,000, where it has mostly lingered in since the end of November last year.

The plunge in token prices has scared away many retail investors who had flooded into the market in 2020 and 2021, when COVID-19 lockdowns affected the US economy.

The lack of trading volumes is another indicator that institutions have abandoned the asset class for now — and it could take a while before they once again regain confidence in the market, Miller Tabak and Co chief market strategist Matt Maley said.

“This is especially true in a bear market,” he said. “Their customers are much less forgiving when they see big losses in a risky asset class during a general bear market for risk assets.”

The money managers who avoided the many ups and downs of cryptocurrencies might be feeling relieved for having done so, JPMorgan Asset Management institutional portfolio strategy head Jared Gross said.

“As an asset class, crypto is effectively nonexistent for most large institutional investors,” he said on a recent episode of the ***What Goes Up podcast.

The cryptoindustry is still wobbling following the fallout of the FTX empire, and market watchers are wary of more adverse developments affecting other major participants.

Broker Genesis Global Trading Inc in the past few weeks laid off about 30 percent of its workforce, another signal of how much the industry is being shaken by recent events.

Digital asset entrepreneur Justin Sun (孫宇晨) on Friday transferred about US$100 million in stablecoins to his cryptoexchange, Huobi Global (火幣), which has been hit by a wave of withdrawals.

The transactions came amid elevated pressure on Singapore-based Huobi, which saw about US$85 million of cryptocurrency outflows over a 24-hour period, data compiled by Coinglass showed.

The exchange on Friday said that it plans to lay off about 20 percent of its workforce, adding that it would maintain a “very lean team” as a slump in cryptomarkets enters its second year.

While exchanges such as Huobi are mostly retail driven, institutional interest is more relevant for trading activity, especially in the early part of the next upswing, says Noelle Acheson, author of the Crypto Is Macro Now newsletter.

“They generally account for the bulk of trading and have different risk profiles,” she said. “Retail tends to come in with size later in the cycle, nearer the top.”

Acheson added that there are some “brave and high-conviction” retail investors entering the market right now, “but we are a ways off from seeing a wave.”

Separately, a trustee on Saturday filed an objection in a US court to plans by FTX to sell its digital currency futures and clearinghouse LedgerX, as well as units in Japan and Europe.

The company last month said it is planning to sell its LedgerX, Embed, FTX Japan and FTX Europe businesses.

The filing by trustee Andrew Vara called for an independent investigation before the sale of the units, arguing that the companies might have information related to FTX’s bankruptcy.

“The sale of potentially valuable causes of action against the Debtors’ directors, officers and employees, or any other person or entity, should not be permitted until there has been a full and independent investigation into all persons and entities that may have been involved in any malfeasance, negligence or other actionable conduct,” the filing said.

On Tuesday, FTX founder Sam Bankman-Fried pleaded not guilty to criminal charges that he cheated investors and caused billions of US dollars in losses, in what prosecutors have called an “epic” fraud.

Comments will be moderated. Keep comments relevant to the article. Remarks containing abusive and obscene language, personal attacks of any kind or promotion will be removed and the user banned. Final decision will be at the discretion of the Taipei Times.